Dr Geoff Thomas, formerly of the Department of Geography at the University of Liverpool, passed away peacefully in his sleep Tuesday 2nd July 2019 aged 76 after a 4 year battle with illness undertaken with customary joviality, panache and determination. Geoff as an academic and researcher was above all else a Quaternary geologist and geomorphologist renowned for his meticulous research on the stratigraphy, sedimentology and geomorphology of glacial deposits. At the Department of Geography and Planning at Liverpool we record his passing with great sadness, and celebrate his contribution during a ~40-year tenure at Liverpool from 1968 to 2007 and his lasting contribution to Quaternary Science.

Much of Geoff’s research was ahead of its time, with technological advances in elevation models and digital mapping arriving late in his career. It is testimony to his abilities and adaptability that he produced comprehensive assessments of glacial sediment (on the Isle of Man, in northwest Wales, southeast and western Ireland) coupled with fantastically illustrated geomorphological mapping in the paper era. Only then on retirement to transition to using digital elevation models and Geographical Information Systems to produce a state-of-the-art mapping of the Cheshire-Staffordshire-Shropshire lowlands, and Welsh borderlands. Geoff’s stratigraphical and geomorphological research underpinned, and was a cornerstone of the Natural Environment Research Council (2012-2018) Britice-Chrono Project work in northwest England, the Isle of Man, southeast Ireland and Connemara. He participated on Britice-Chrono field sampling trips in the English Midlands in 2013-14 logging sections and interpreting palaeoenvironmental models. He was also co-lead for the October 2013 Glacial Landsystems Working Group (GLWG) Field Meeting 14 focused on The Glaciation of the Cheshire-Shropshire Lowlands and adjacent areas. Even in failing health both he and his research has contributed to publications that continue into 2019.

Born and brought up in Cardiff, he gained his first degree and PhD from the University of Wales (Aberystwyth) in 1970 researching the Quaternary Geology of the Isle of Man. That research on the Isle of Man was a stellar contribution on Quaternary stratigraphy, and it was a matter of pride that the PhD research much underpinned the 2006 book A New History of the Isle of Man: evolution of the natural landscape some 36 years later. From 1969 to 2007 as Lecturer and Senior Lecturer at the University of Liverpool, Geoff was above all else an educator, introducing numerous undergraduates over 3 decades to their first taste of glaciology and glacial environments in Iceland and Norway. This commitment to field teaching extended into his late career, with him still leading student groups wild camping on the glacial forelands of Norway into his 60’s. Many PhD researchers and academics point to Geoff as having taught them a great deal in the fields of sedimentology, glaciotectonics, the glaciation of NW England and adjacent regions.

His legacy is that blending of sedimentary structures and geomorphology to understand our glacial history. He was an active and dedicated supporter of the Quaternary Research Association (QRA) serving on the Executive, leading the 1971, 1984 and 2004 excursions to the Isle of Man, contributing to numerous other QRA field excursions (North Wales, South Midlands and Welsh Marches, Western Ireland and Brecon Beacons). Geoff was awarded Honorary Membership of the Quaternary Research Association in 2009. For many the abiding memory of Geoff will be in the field, as James Scourse noted in the Quaternary Newsletter (2009: No 117) ‘… to see him draw and describe the evolution of sedimentary structure is to witness a profoundly perceptive intellect in which scientific insight is allied to artistic flair and an inner delight in the nature of sediments.’ For me he was simply brilliant company, fun and a true friend, he will be missed. 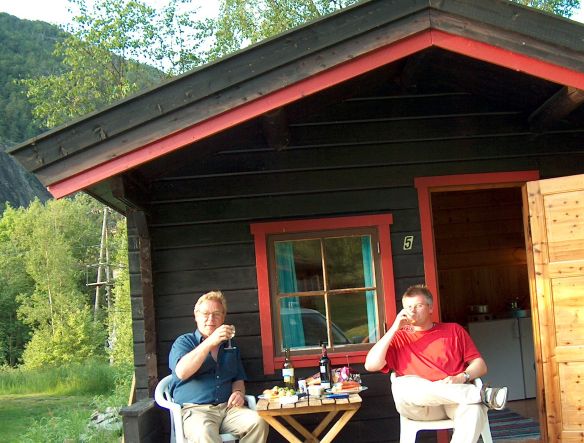 He will be greatly missed by his wife Patricia and his family. Geoffrey Stephen Powell Thomas, Physical Geographer, born 28th May 1943; died 2nd July 2019.